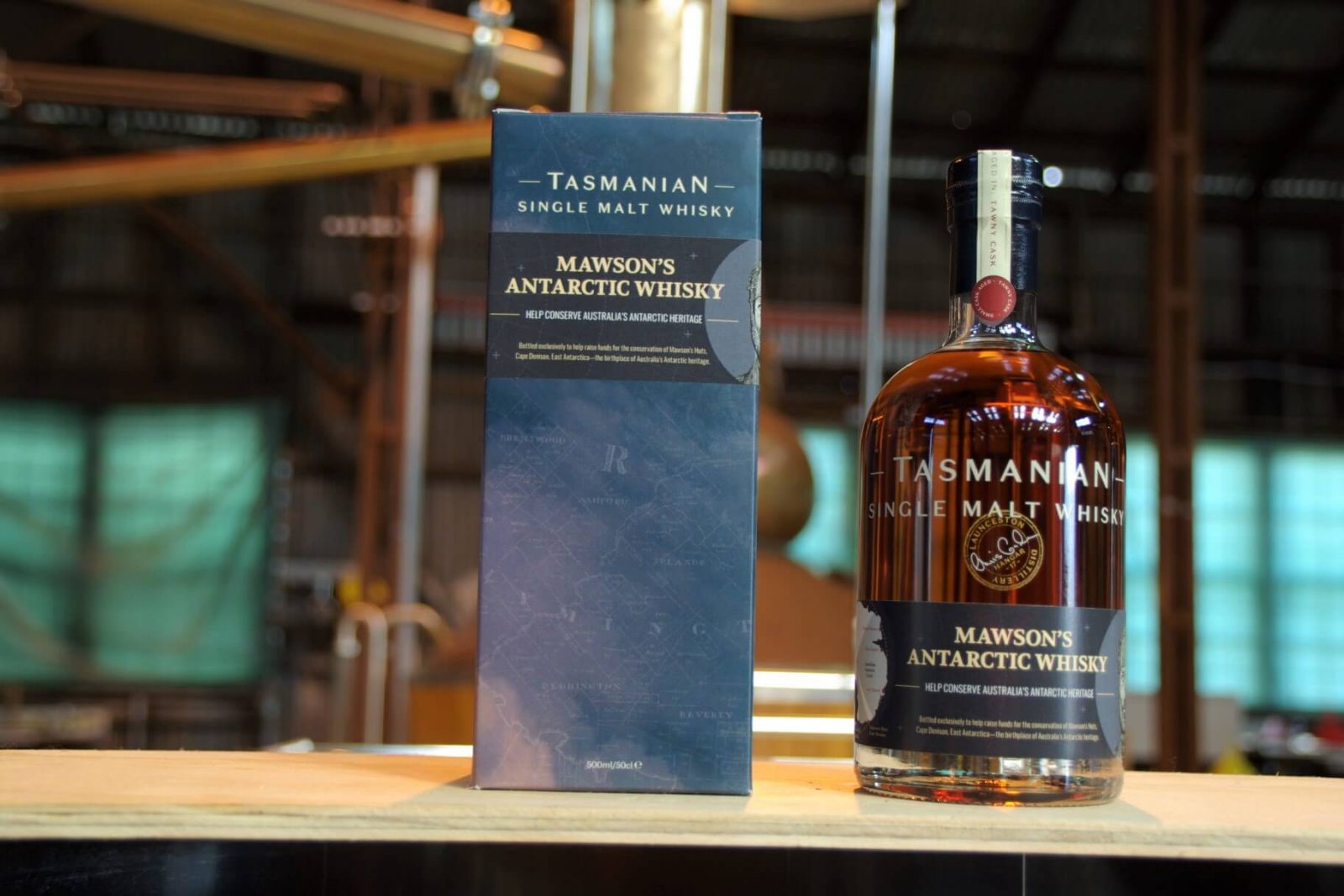 We are very proud to be supporting the Mawson’s Hut Foundation with their projects to conserve the huts erected by Sir Douglas Mawson at cape Denison in Antarctica.

Australia’s greatest Polar explorer Sir Douglas Mawson led the 1911-14 Australasian Antarctic Expedition (AAE).They built and used what are now known as Mawson’s Huts at Cape Denison as
the main base for two years. Mawson made two further voyages in 1929-31 and claimed 42 per cent of Antarctica for Australia, a territorial claim that stands today. On both expeditions whisky
was supplied by several distilleries, keen to support Mawson’s Polar adventures.

Our whisky was matured in small French oak tawny casks, then decanted and bottled at 43% ABV in September 2019. There were only 78 bottles, each individually numbered.

We have a small number of the bottles for sale at the Distillery or via online sales.

All sale proceeds will go to support the Foundation.

In future years we will release further whisky to support the Mawson’s Hut Foundation.