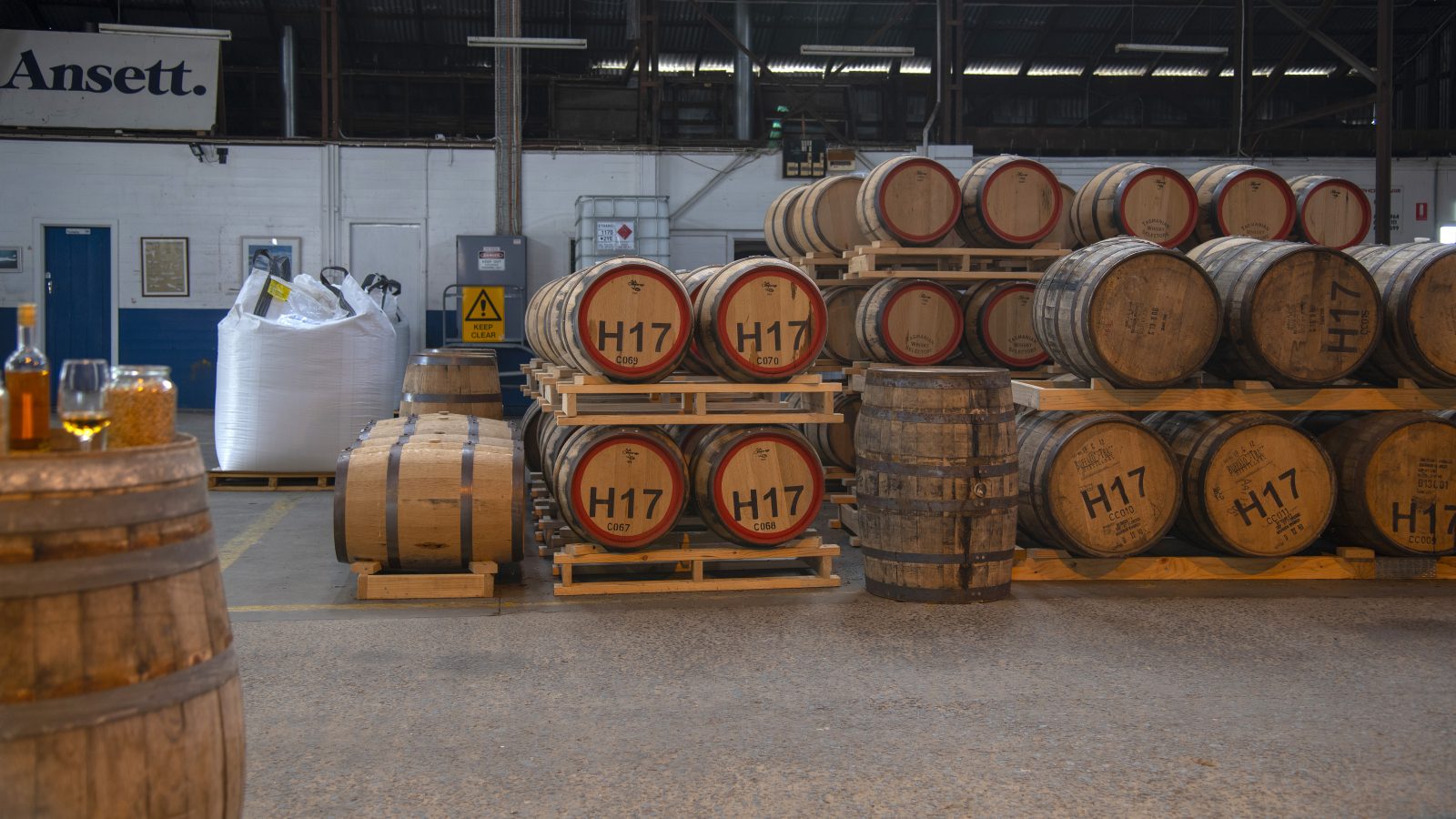 Launceston Distillery has taken flight with the official launch of the first traditional whisky produced in the region since distillation was outlawed more than 170 years ago.

Two batches of whisky were launched on Sunday 22 July at the home of Launceston Distillery – Hangar 17 at Launceston Airport.

Supporters who pre-purchased barrels when the business was being established, affectionately known as the Flight Club, received some of the first bottles of whisky produced by the distillery.

Launceston Distillery was formed by head distiller Chris Condon, a whisky enthusiast with a fine attention to detail honed as a pharmaceutical industry quality analyst and the brewing team leader at Boags Brewery.

Mr Condon was also the first distiller at Nant Distillery, laying the foundations for that company’s early success between 2008 and 2011.

He joined forces with Rob Carroll, Chris Byrne, Ilya Brucksch-Domanski, and Peta Dolan to establish Launceston Distillery in 2013 – the first distillery in the Launceston area to be granted a production license since the Distillation Prohibition Act of 1839.

In the process of creating the distillery they have given new life to the disused Hangar 17, which has played a significant role in the country’s aviation history as home to Australian National Airways and Ansett.

“The official launch of Launceston Distillery was a proud moment for the directors who have shown a lot of faith in our ability to design a distillery that will create consistent batches of whisky that epitomise quality,” Mr Condon said.

“We have been passionate about creating a whisky that pays homage to the best traditions of single malt whisky, but also captures the essence of Tasmania and there is a genuine anticipation about what we have produced.

“The first batch was distilled on 5th October 2015 and matured in small oak casks for 30 months. We’ve married 12 casks together to rest for eight weeks and subsequently filled 530 bottles of the first release.”

Mr Condon said that while there had been other whisky distilleries built in the area recently, Launceston Distillery was proud to play its part in returning whisky-making to the north.

“I could see there was a gap in the whisky trail with really exciting things happening in Hobart and on the North West so it made sense to create a distillery in the heart of Tasmania to build the state’s reputation as a respected producer of premium traditional whisky,” he said.

“We were the first in Launceston to be licensed to produce whisky since the 1830’s and with patience and process we believe we have created a product that would do our forebears very proud.”

Launceston Distillery produces a number of varieties matured in either bourbon, tawny (Australian port) or apera (Australian sherry) casks, and will soon be launching a number of releases that will raise money for local charities and organisations.

Mr Condon is accompanied on his whisky-making journey by the distillery’s mascot, Angus the Westie wonder dog, who ensures the final product is perfect, and who received plenty of attention from guests at the opening.